Other websites in the category 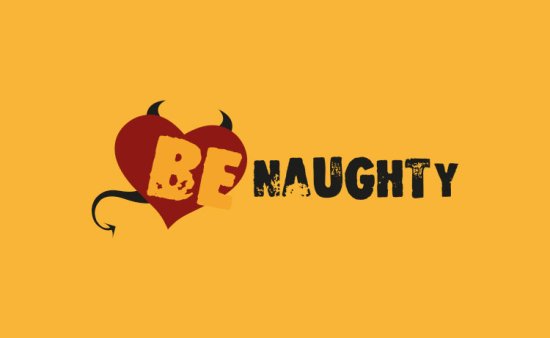 Want a site that cuts you the crap and just go straight to the main issue? If this describes you then I think you might want to check out BeNaughty for yourself. Just as the name implies the website encourages hookups and other kinds of sexual encounters between their members. This is why this site may not exactly be a fertile ground for long term relationships but rather short term ones. This BeNaughty review contains some other relevant information about the website.

The hypothesis that men are mostly sex crazed is not true. Women are just as desirous of sex as men although they tend to be able to control their urges more than men. Unlike other sites, BeNaughty boast an impresive number of female users. In fact the female users tend to outnumber the male users in every age category and they seem to be more active as well. This is a refreshing discovery considering that a lot of similar websites have a significant male population.

How Does BeNaughty Work?

Upon signing up for an account on this website, you will be required to fill out your personal details (gender, age, email address and location) and of course you will have to upload a picture to your profile. For profile pictures, it must be a picture of you which you have not uploaded on the site before and the picture must not be pornographic or be a picture of a celebrity. They try to guard against fake accounts by checking for duplicate accounts which is why they disallow the use of one picture on two different accounts. After your profile has been fully set up, you will be matched with people based on your location.

The site provides for a search option that is free for everyone complete with all the filters. However, although you can see a profile picture as a free user, you will need to upgrade your account to be able to enlarge the pictures. Upon sighting a profile that interests you, you may wink at them or add them to your favorite list for easy access next time.  The site also has a chat room for their users to interface with one another. Sending messages to other account(s) is restricted to basic account holders that are males because an upgrade is needed for that but female users do not need an upgrade as they can send out messages for free. There is a game option known as 'cute or not' and it is available in the Like gallery. The website is fairly usable. The design is simple and not too ambiguous and the loading time of their website is normal and does not lag a lot.

Conclusion - Is BeNaughty Worth Joining?

The verdict of this BeNaughty review is that this site is okay for those in search of hookups without serious commitment. The owners are not outright money grabbers as they are a ton of features that everyone can enjoy even without an account upgrade. The choice is ultimately yours; to take a dive or not.

Are There Any BeNaughty Alternatives?

Not everyone is happy using BeNaughty. Be aware that using a hooup site is not always easy, especially if you are a man seeking a woman. In that case you may want to check out more than one site at the same time. We highly recommend AdultFriendFinder. However, smaller casual hookup sites like CasualDating4u and WellHello may work as well.

Other sites in the same category

Thanks for your feedback!